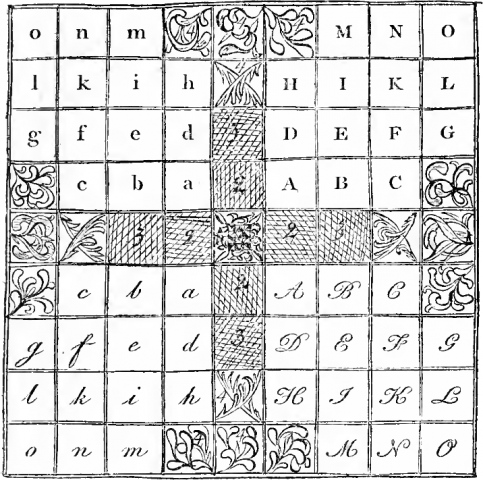 Summary on the Saami Tablut.

The ancient board game Hnefatafl was invented in Scandinavia in the Iron Age and played by Iron Age people and later by the Vikings and people everywhere in Europe where Vikings came. From about 400 AD till about 1000 AD, where chess arrived to Europe and to Scandinavia and many switched over to chess. But in outer corners of Europe such as Ireland, Wales and Lapland, the hnefatafl game survived for hundreds of years more, then died out.

For hundreds of years the rules were believed lost and forgotten, until the botanist Carl von Linné 1732 saw Saamis in Lapland play an unknown board game and wrote down the rules in his diary. The game turned out to be Hnefatafl, by Saamis called Tablut. The game was never seen live again. Fragmented and deficient descriptions of tafl have also been found in Ireland, Wales and Iceland, but the best documented tafl game is, thanks to Linné's diary, "Tablut".

Many attempts have been done, based on the Linné diary, to reconstruct the Hnefatafl rules. The diary is in Latin mixed with a few Swedish words, and since of course Latin was a foreign language to young Linné (25 years old), it has not been quite a simple task to interpret the text.

1972 Swedish historians attempted a reconstruction of Tablut for the Riksutstälningar, it became the version which is now used in the Foteviken Museum. Our test tournaments found the game balance to be 16 defenders' wins per 10 attackers' wins.
More about the Foteviken version here.

1992 a Danish archaeologist attempted a reconstruction for his book "Board and Piece, Games in the Iron Age". Unfortunately it does not work so well, our test tournaments showed 38 attackers' wins per 10 defenders' wins.
The king must in this version go to a corner, in contradiction to the Linné rules, perhaps inspired by the Ockelbo runestone, and the board size is increased to 11x11.
We call this version "Skalk Hnefatafl 11x11", because the book was published by the Danish Skalk publishing house Wormianum, the hnefatafl chapter from the book was also published in the archaeological magazine Skalk, and Skalk sells a Hnefatafl game with these rules enclosed.
See more here.
The Swedish company Expomedia for its educational PC program turned the board size back into Linné's 9x9 but kept the win in corner. The balance improved but was still not good, our test tournaments showed 18 attackers' wins per 10 defenders' wins.

August 2010 John C. Ashton, Chicago, USA, wrote a paper about reconstruction attempts done since 1913. Ashton also attempted a reconstruction of his own, which unfortunately does not work too well.
But the paper is thorough work and can be read here.

November 2011 Nicolas Cartier, France, inspired from the Ashton paper, did a reconstruction which later turned out to work very well. Except for a couple of very small details it is a Skalk Hnefatafl edge 9x9.
Read Cartier's paper here (in French).
And the Cartier rules here (in English).
And a forum note here.

January 2013, after a test tournament on this site showed the "Skalk Hnefatafl edge 9x9"/Cartier/Lööf game to be very well balanced, we realised that this is the best bid for the historical Saami board game Tablut described by Carl von Linné.
Read more here.

December 2013 the Finnish linguist Olli Salmi did a very thorough translation of the Linné rules:
http://www.tsalo.fi/Tablut.html
Aage Nielsen, Denmark, placed the four translations of Salmi, Ashton, Cartier and Troilius side by side for comparing:
http://aagenielsen.dk/tablut_translations.html
This work confirmed the "Skalk Hnefatafl edge 9x9" to be the Saami game Tablut. Cartier and Lööf had come to the exact same result except for a couple of very small and unimportant details, and they've agreed to the following interpretation and reconstructed rules also:

More about the Saami Tablut in our forum.
Test tournament.