Art on this site.

Some users have kindly contributed with works of art to freshen up the site!
The limitation of 40x40 pixel format for game pieces has become a challenge well mastered.
Copyright: The artists.

Luk Martens is a professional comic strip creator and contributed with several sets of game pieces.

Luk Martens invented the Tyr variant and intend to publish it commercially; this will be the decoration on the game box:

Alessandro Arzani is a professional in graphic design.

Mikkel writes:
I took inspiration from Linnaeus' drawings and notes from the 1700s' Lule Sámi area.
- Linnaeus says that a reindeer skin was used for the board, so I gave the board a color that mimics the color of reindeer skin.
- While Linnaeus says that the patterns on the board was embroidered, I took some artistic liberty and instead decorated it with a red color to mimic the color of boiled alder tree bark, which has traditionally been used to make patterns on reindeer skin.
- The pieces are stylized versions of those drawn by Linneaus.

The design is inspired by the goavddis, Sámi ritual drums, sometimes called "shaman's drums". They were made on reindeer skin and decorated with the red of alder tree bark.
I used drawings of drums that are registered as being from the Lule Sámi area, e.g. the area where Linnaeus wrote down the rules for Tablut.
- The castle is based on a type of sun symbol. The sun symbols were often placed in the middle of the drum, so it's fitting to place that in the middle of the board.
- The captured king symbol is inspired by the skull-like head of a deity drawn on one of the drums.
- The escaped king symbol is based on a boat drawn on one of the drums.

The pieces portray slices of wood, drawn May 2006. The king's face is from the Birka pieces, Sweden. 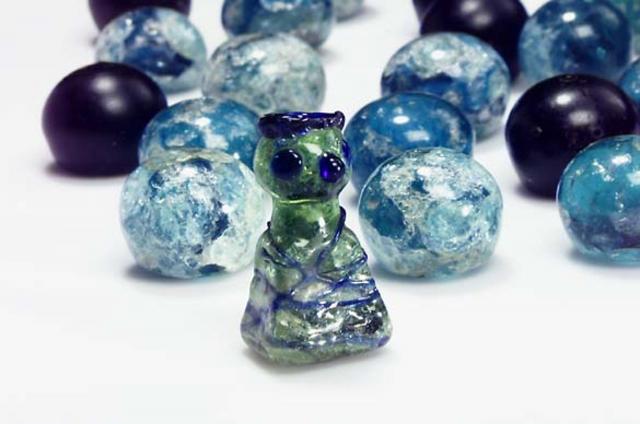 Sea Battle pieces drawn November 2012. The cargo ship is the Oseberg ship, Norway, it's sail is the Sea Stallion's, Denmark. The dragon head is from a clothes pin.

Rasmus Holbroe drew January 2016 a series of Viking tafl illustrations for this site. Rasmus is out of an artist branch of my family:

Bartley sent these pieces ca. 2013, from the Birka pieces, Sweden: