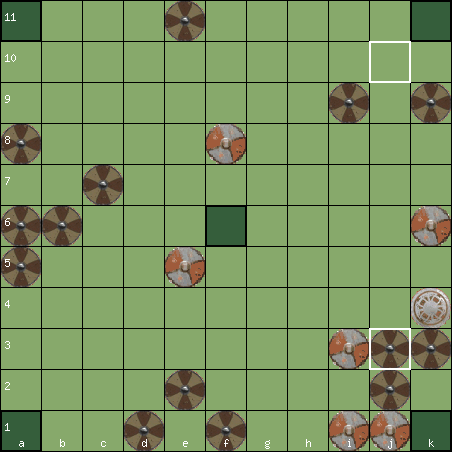 All black can do is chose which corner that will be. Chosing to block of the path to A10 means it'll be K10. Where black can move J3 next to the king and lament how that would be a win for black if the game was played with different rules than Copenhagen rules.
All times are UTC+02:00
Page 1 of 1