Damian Walker deduced a formula for the usual number of tafl game pieces p as a function of board size w:

Damian Walker wrote:Many layouts conform to a simple formula: p = 6w - 29, where p is the number of pieces and w is the width of the board, in playing spaces. This gives a ratio of pieces to empty space of approximately 30%. More open space tends to favour the king by giving him and his forces more routes to escape; consequently less open space favours the attackers who will find it easier to make blockades.

There are many layouts which do not follow the formula, but these generally require adjustments in rules or layout to create a balanced game. For instance, more crowded games sometimes work better when pieces are restricted in the distance they can move, while sparse games like the alea evangelii compensate by having the attacking blockade in an advanced state at the beginning of the game.

Sparse set ups such as these, with fewer pieces than the Walker number, are sometimes proposed on internet sites: 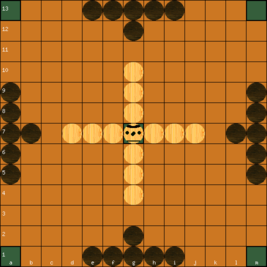 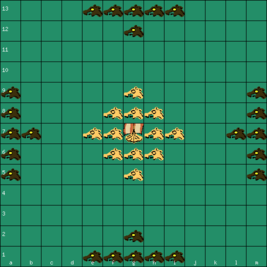 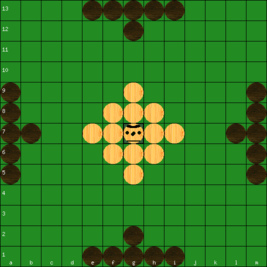 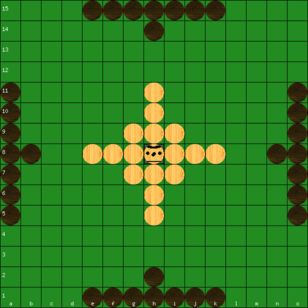